Sandwell Women’s Aid said a tearful farewell to our founder member and Chairperson Margaret O’Neill on a beautiful autumnal day on 24th September. Tributes were paid to Margaret, who passed away following a sudden illness, at the humanist service at Sandwell Crematorium.

Margaret was an incredible woman who helped to transform the lives of thousands of women and children in Sandwell living with domestic abuse. As a health professional leading Sandwell’s Health Visitor and School Nursing Service in the 60s, 70s and 80s, Margaret saw the impact of domestic abuse on women and children. At a time when little was being done, she made it her life’s mission to safeguard and protect children and to do something about domestic abuse.

Margaret recalled many times that at that time domestic abuse was seen as “behind closed doors”, and dismissive attitudes towards violence against women and children went unchallenged. We must remember that it was only in 1974 that the National Women’s Aid Federation was established as the first national domestic violence organisation, co-ordinating the campaign for new laws and policies and to improve support for victims. In 1975 Women’s Aid gave evidence to a Government Select Committee on Violence in Marriage, recommending that refuge provision was essential for the protection of women and children needing to leave violence and abuse. 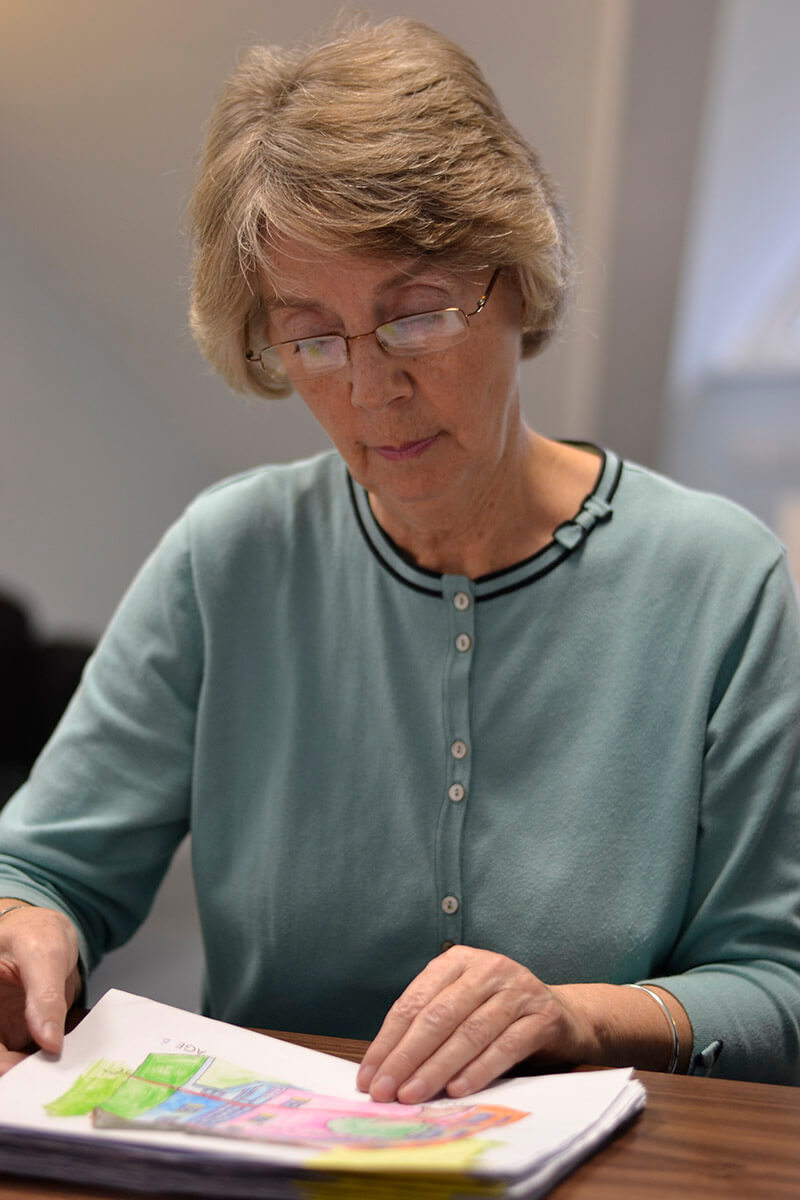 Margaret’s work in the 1980’s in Sandwell brought together a group of likeminded women and established firstly Sandwell Women’s Refuge and then Sandwell Women’s Aid. It is their determination that challenged the system and most importantly the attitudes towards of victims of abuse. Sandwell Women’s Aid is where it is today because of the  drive and ambition of Margaret O’Neill, its Board members, its staff and all the partners that work together to combat this heinous crime.

Sara Ward Executive Director felt privileged to have spent some time with Margaret before her passing, sharing their work together, achievements because of her leadership and guidance, the challenges, the battles and the successes as services expanded. Sara was able to tell Margaret that she was admired and respected for her outstanding contribution, service and dedication to Sandwell, the victims of violence and most importantly to her the children living and growing up in violent and abusive households. She was told that her legacy will live on and that everyone will continue her work in supporting women and children. Sandwell is indebted to her for this incredible legacy.

In dedication to Margaret Sandwell Women’s Aid is setting up an annual award The Margaret O’Neill Award for outstanding contributions to the services of women. Its 1st recipient will be identified in the Employee Showcase due to be held later this year.