The funding will support our new project, called VALARIE: Vulnerable Adults Leaving Abusive Relationships in an Emergency. It will reach out to older victims in particular, who often suffer in silence. They may also have health or mobility issues which make them fear leaving an abusive home. We will provide specialist support to enable them to be safe in their own homes, or by finding alternative safe homes for them. The project will spread a positive message, inviting them to “Ask Val” for advice and support.

We will work in close partnership with Sandwell Council’s Housing Options and Adult Social Care teams, to reach the most vulnerable people in our communities.

This is a fantastic opportunity to reach vulnerable adults who may be hidden victims of domestic abuse. Many older people were raised in a generation where domestic abuse was behind closed doors and considered a private matter. We know of the incredible strength and perseverance for this generation to have raised families whilst struggling with abuse and violence. This project enables their voices to be heard.

Nationwide, the UK’s biggest building society, has been looking to support charities dealing with the many issues around housing in the West Midlands, and made £250,000 available to help make a difference across communities across the region.

One in six people in the West Midlands have been homeless or have experienced family or close friends without a home of their own, so it’s imperative that we do something about this. Helping people into homes of their own is at the heart of what we do as a building society, which is why we’re making funding available for local housing projects. In fact, we’re making £22 million available over five years across the UK to do just this and ensure everyone has a place fit to call home.

A Community Board of Nationwide members, employees and local housing experts was appointed to have a say on which local community projects were supported, with almost 20,000 members then voting on the awards shortlisted across four regions, including the West Midlands.

We at BCWA are extremely grateful to Nationwide and all who voted for our project, which will make a real difference to the lives of vulnerable people suffering domestic abuse.

You can read more about the programme and the grants made here. 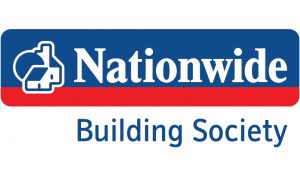