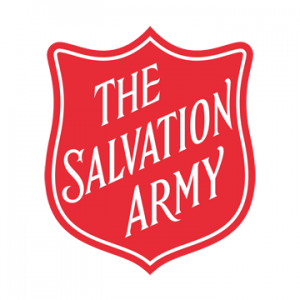 The Salvation Army is pleased to announce the appointment of Black Country Women’s Aid as a specialist partner to provide support to adult victims of modern slavery in England and Wales through the Government’s new Modern Slavery Victim Care Contract (MSVCC).

The new and extended contract goes live in Winter 2020/2021, following a period of transition from the current service. It enables The Salvation Army and Black Country Women’s Aid to build on relationships and expertise developed since 2011 when the church and charity was first appointed to manage the wide-ranging support services needed to help survivors of slavery as they begin to recover and move on with their lives.

The organisations are now working together to be ready to transfer and extend the support existing survivors already receive to all stages of their recovery from the point of rescue and as they journey towards independent living.

Major Kathy Betteridge, Director of Anti Trafficking and Modern Slavery for The Salvation Army in the United Kingdom Territory with the Republic of Ireland, said:

“We are pleased to welcome Black Country Women’s Aid, who has played a key role in helping us to support thousands of victims of modern slavery as they rebuild their lives, bringing important expertise and a shared passion to change the lives of some of the most vulnerable people in our society.

“We are looking forward to working together in the coming months and years as we introduce new services to meet the increasing numbers of people being referred to us for help.

“Together we will ensure that services are delivered to the highest standards, with the needs and voices of survivors at the centre of all we do.”

Black Country Women’s Aid (BCWA) is an independent charity which has supported survivors of abuse and exploitation in the West Midlands for 30 years. BCWA’s range of integrated services includes support for women, children and men who are victims of domestic abuse, rape and sexual violence, stalking, exploitation and modern slavery. They also offer support to women in the criminal justice system and those with complex needs. BCWA’s sensitive and holistic support helps over 9000 victims of abuse each year to escape from violence, cope with trauma and rebuild their lives.

BCWA have supported victims of modern slavery since 2010, and their Modern Slavery Support services now include refuge and outreach for victims of modern slavery and international human trafficking. They also offer outreach and engagement for women who have been sexually exploited.  BCWA work alongside local authorities and other partners to offer training and partnership work to improve the identification of and response to victims.

“We are extremely pleased that we will continue to work alongside The Salvation Army and other partner charities to support survivors of modern slavery. These services offer an essential lifeline for people who have suffered some of the worst exploitation imaginable. We are proud to be part of a national network which offers safe spaces, refuge and support to help survivors escape from exploitation and rebuild their lives.”

“I Love Black Country Womens Aid so much; you have really helped me get back on my feet even when I thought the world was crumbling. Thank you so much for being there for me and restoring my life.”